Add to Lightbox Download
KING PHILIPPE AND QUEEN MATHILDE
The new Belgian King Philippe,53, and Queen Mathilde,40, greet the people on the balcony of the Royal Palace before the fireworks_July 21, 2013
During an emotional ceremony in the Royal Palace, Albert,79, signed a formal act of abdication before his son Prince Philippe,53, was sworn in as King Philippe of the Belgians in all three of the divided country's federal languages of Dutch, French and German.
Albert has abdicated in favour of his son just three weeks before his 20th anniversary on the throne, after taking over from his brother King Baudouin of Belgium who died on 31 July 1993. He is known to be exhausted after a difficult five years where deep divisions between squabbling Flemish and Walloons political parties have pushed the country to the brink of break-up.
Mandatory Credit Photos:©NEWSPIX INTERNATIONAL

**ALL FEES PAYABLE TO: "NEWSPIX INTERNATIONAL"**

PHOTO CREDIT MANDATORY!!: NEWSPIX INTERNATIONAL(Failure to credit will incur a surcharge of 100% of reproduction fees) 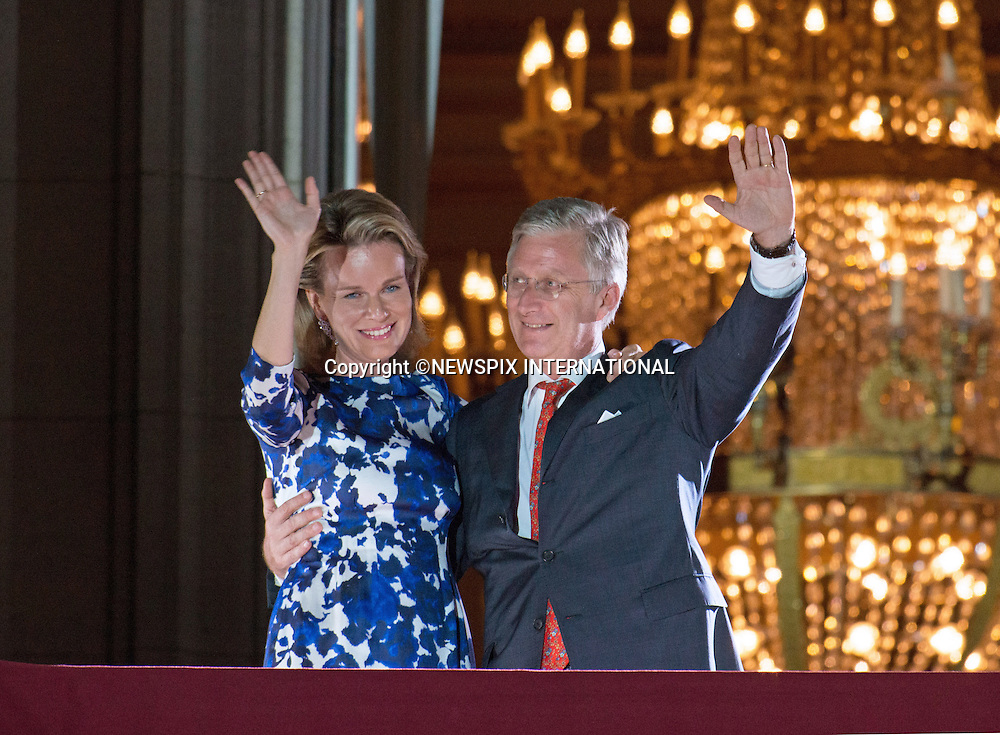